Elton John, in 1979, became the first western rock star to tour Russia. This was before the days of Perestroika; the USSR had not yet broken up, and Russian communism was still strong. It has been remarked that musically, Elton was at a peak during this tour, and I think that is true. Having already conquered the known rock world, maybe the desire to win over this new (for him and his music) audience provided the necessary challenge. 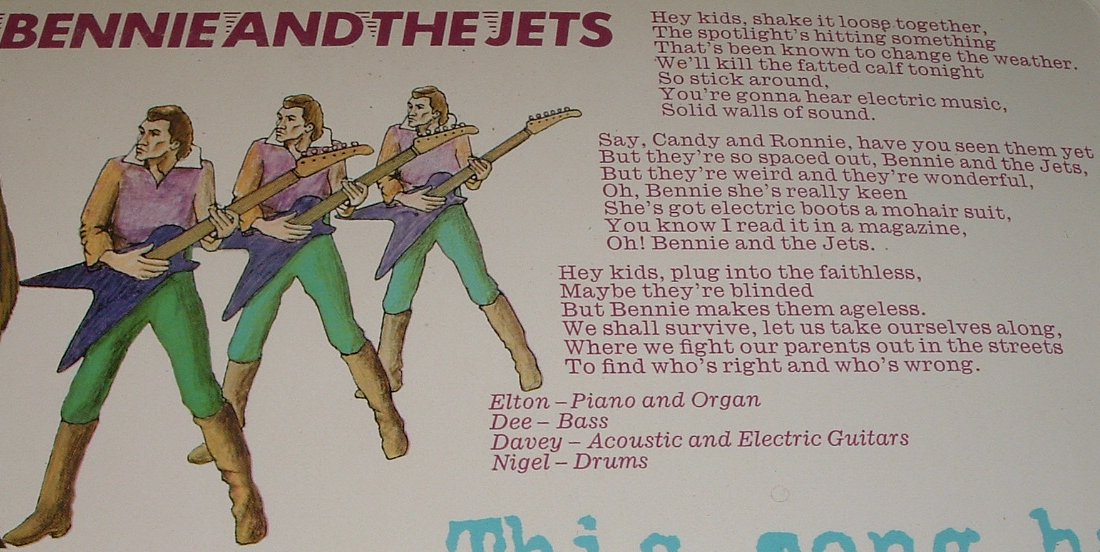 In the clip below of this concert, Elton, great showman and consummate pianist that he is, transitions (at :28 seconds in the video) into the Russian song Podmoskovnye Vechera during his performance of Benny and the Jets -- to the obvious delight of the Moscow audience. Those who have seen Elton in concert, or watched a concert DVD, know this is Elton's modus operandi when performing Benny and the Jets -- he always likes to add on an improvisational like (yet well rehearsed) extra piece for the live show.

I suspect that Elton was emulating Van Cliburn's decision to play Podmoskovnye Vechera at the Tchaikovsky Competition in Moscow in 1958. While Elton's arrangement is fun and entertains the audience, Van Cliburn's virtuoso arrangement (see the link on the right, under "related") is far more difficult and acurately expresses the emotion expressed in the song.