Sometime around 1933 to 1934, Banach brought into the Scottish Cafe a large notebook so that we could write statements of new problems and some of the results of our discussions in more durable form. This book was kept there permanently. A waiter would bring it on demand and we would write down problems and comments, after which the waiter would ceremoniously take it back to its secret cache. This notebook was later to become famous as "The Scottish Book."
-- Stanislaw. M. Ulam, "Adventures of a Mathematician"

The Polish school of mathematics, and the mathematicians of the Scottish Cafe, were responsible for major contributions to 20th century mathematics, notably in topology, set theory and measure theory. In 1939, the Polish-Ukrainian border changed -- once again (as it had in the past -- the region historically has been coveted by a number of different peoples), and Lviv and surrounding parts of Poland found themselves part of Ukraine.

The original Scottish Cafe
If you travel there now, you will find the most widely spoken language is Ukrainian, with Russian also commonly understood, (since it was a member of the USSR) but not spoken...as everybody prefers to speak their native language, Ukrainian. (By the way, this is not the case in Eastern Ukraine, where the ties to Russia are stronger.)
Polish is not really spoken there now...so it is interesting to ask what happened to the Polish speakers? It seems that in 1939 and after the German occupation, many either prefered or were forced to move to Poland...of course, the few that did remain are now either quite old or are deceased.
So, when I arrived in Lviv on this trip, I wanted to determine if the locals realized that Lviv had been a major center of mathematical activity, and did they know about the Scottish Cafe? So, I asked cab drivers, local friends, and even a high school math teacher. It appeared nobody knew this history.
This would have not been a surprise in America -- after all topology, set theory and measure theory are branches of pure mathematics with an extremely limited general appeal...but I thought perhaps Lviv would have been different.

Finally, we found the bank that replaced the Scottish Cafe...and we asked the Ukrainian bank manager. At last, somebody knew about the Scottish Cafe!
The story the manager told was yes, he was aware that some time ago some important people had worked there...but unfortunately, there were no momentos or artificats of the Cafe....it is now, one hundred percent, just a bank. He did mention that a few years ago, some people from POLAND came to the bank and asked the same questions -- about the Cafe and the Book...I suppose this makes sense, the mathemticians were Polish and not Ukrainian, so this history is really part of the Polish culture. 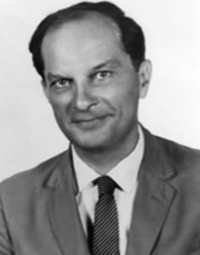 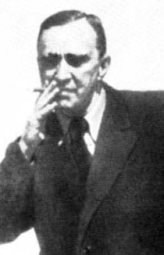